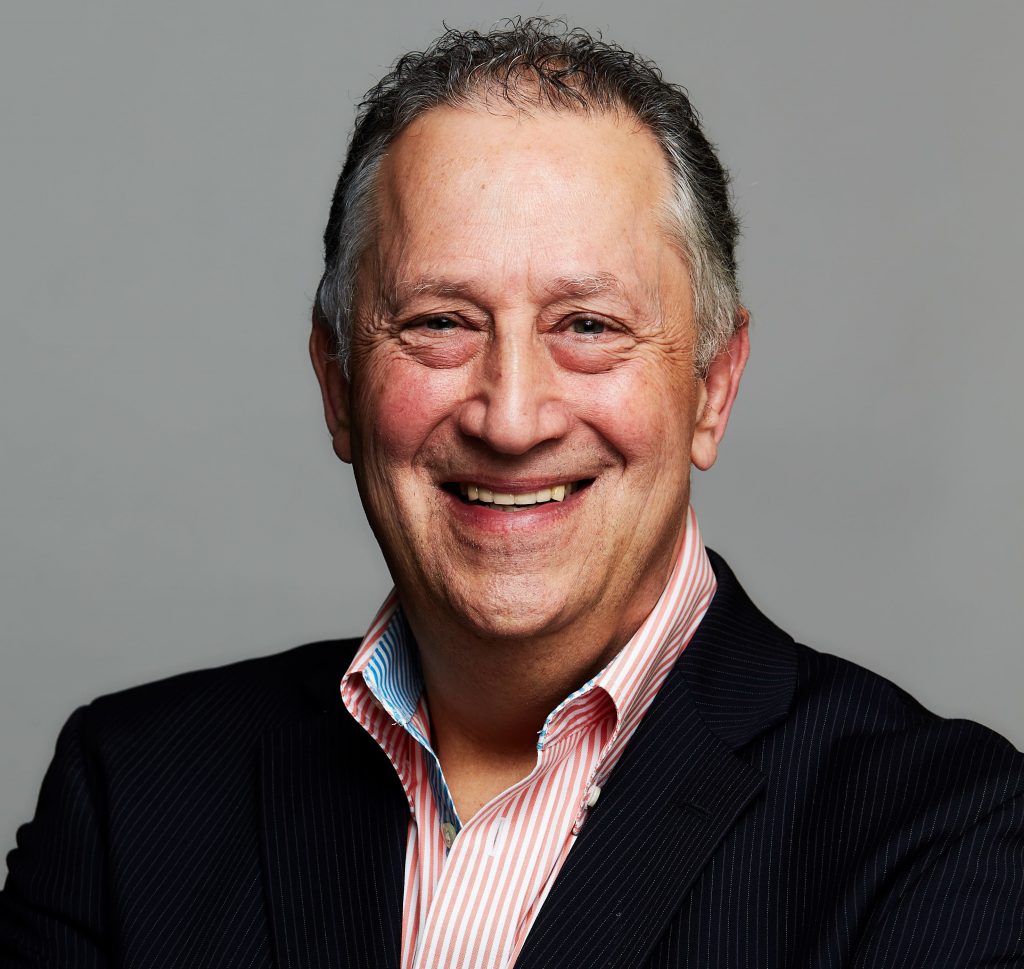 Jeremy Nobel, MD, MPH is on the faculty of the Harvard Medical School, where his teaching and research activities address the design of healthcare delivery systems that improve quality, cost-effectiveness, and access. He also works in consultation with several major organizations to develop healthcare programs that are centered on the use of emerging information technologies, combining “high tech” with “high-touch” in meeting the needs of patients and those who care for them.

A published poet, Dr. Nobel has received several awards for his poetry including the Bain-Swiggett Prize from Princeton University, and the American Academy of Poets Prize from the University of Pennsylvania.

An avid arts supporter, Dr. Nobel has served on the Board of the Bill T. Jones/Arnie Zane Dance Company of New York City, the Board of Overseers of the De Cordova Art Museum in Lincoln, MA, and is a member of the Institute for Contemporary Art/Boston Director’s Circle.

Marco Diaz is Senior Vice President, Global Head of Benefits for News Corp. He is responsible for setting the overarching US benefits strategy in conjunction with the various business divisions with oversight to UK and Australian operations as well. Benefits include a broad suite of Health & Welfare plans, retirement plans such as defined contribution, defined benefit and non-qualified.

Prior to News Corp, Marco worked for Thomson Reuters 2000 where he oversaw the Americas benefits function.  He is currently serving as the Board Chair of NEBGH. 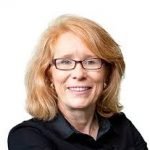 Cindy is the EVP, Cell Therapy Patient Experience at Juno Therapeutics (a Celgene company), recently acquired by Bristol-Myers Squibb. She and her team are defining and delivering the world’s most trusted cell therapy experience, centered on the patients’ personalized journey, enabled by exceptional customer service and digital innovation. Changing medicine for good.

Previously, Cindy was the VP, Pharma Informatics at Genentech-Roche responsible for all technology products/services across the Americas in support of Sales, Marketing, Research and Early Development. In 2016, Genentech was ranked #3 in Computerworld’s “100 Best Places to Work in IT” and in 2014 Cindy was named to Computerworld’s Premier 100 IT Leaders.

Prior to Genentech, Cindy was the VP and GM of Supplier Solutions at Ariba where she created the largest transacting business to business supplier community in the world going from 0 to 100,000 suppliers in 18 months. Cindy was a member of the Board of Directors of Weight Watchers from 2014 – 2019 and was on the Audit and NomGov committees. 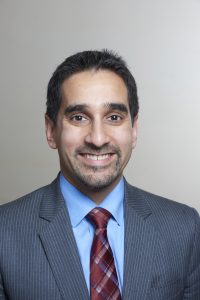 Niyum Gandhi is the Executive Vice President and Chief Population Health Officer of the Mount Sinai Health System.  In this role, he oversees Mount Sinai’s transition from a primarily fee-for-service model of care to one that is focused on value and risk-based population health.

Niyum leads Mount Sinai Health Partners and helps align the Health System’s clinical and economic transformations in support of Mount Sinai’s vision to be the leading population health manager in the competitive New York market, as well as the best possible partner to plan sponsors, health insurers, and other population health managers who are responsible for total cost of care of patient groups.  This includes fostering care management and clinical model redesign to ensure that high-value care is delivered by the Health System and its partners, and working with payers and employers to establish the new economic models that support the delivery of value-based care.

Prior to his position at Mount Sinai, Niyum served as a Partner in the Health and Life Sciences consulting practice of Oliver Wyman in Chicago, where he focused on value-based health care strategy and transformation for physician groups, hospitals, and health plans. At Oliver Wyman, Niyum also worked with a variety of Accountable Care Organizations (ACOs) and other population health management companies, helping them design and implement value-based clinical models, develop value-based contracts and integrated product distribution strategies, align physician incentives toward value, and establish the appropriate infrastructure to support population health management.

Niyum holds an A.B. in economics and finance from Harvard University. He has authored several articles on ACOs, payer/provider partnerships, and physician engagement, and served as a conference speaker on a variety of issues related to population health and value-based care. 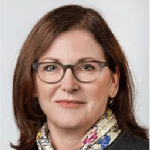 With over twenty-five years in healthcare, Rose Higgins brings considerable experience and expertise in working with both payers and providers in addressing the challenges of a changing healthcare landscape.

As President for SCIO, Rose has responsibility for all aspects of U.S. and European operations including P&L management for all service lines, product management and development, IT, financial planning, operating and capital budgeting, customer relations, and M&A transaction and integration management.

Prior to joining SCIO Healthcare Analytics, Rose was the SVP & GM for Population and Risk Management at McKesson. She also led the cross-portfolio strategies for McKesson Technology Solutions (MTS) related to accountable care, population health and engagement management and execution of the company’s Population Management strategy. She has been central to the exploration and development of solutions that address emerging market opportunities specifically those addressing the challenges posed by healthcare reform and a rapid evolution of technology.

Prior to joining McKesson, Rose held leadership positions with leading health systems as well as technology firms ranging from start-ups to Fortune 50 companies. She has a B.S.N Degree in Nursing from Duquesne University and a Masters of Public Management from Carnegie Mellon University.

Marc Lieberstein is a partner with Kilpatrick Townsend & Stockton LLP and the co-chair of the Retail & Consumer Goods industry team. His practice focuses on intellectual property licensing and franchising in the retail/consumer goods and services areas, fashion/apparel and accessories, food and beverage, and commercial/industrial design, including the drafting, negotiation and enforcement of license and franchise documents and agreements, as well as implementation of branding and commercialization objectives for clients via licensing and franchising. In conjunction with the services above, he counsels clients on creating effective strategies for procuring, protecting and enforcing their global intellectual property assets. He frequently lectures and writes on intellectual property issues for a variety of intellectual property organizations and publications, including International Trademark Association (INTA), New York State Bar Association (NYSBA) Intellectual Property Section, American Bar Association Forum on Franchising, Wharton Business Law Association at the University of Pennsylvania, New York University, Association of the Bar of the City of New York Fashion Law Committee, Licensing Industry Merchandisers’ Association (LIMA), National Law Journal, IP Strategist and The New York Law Journal, Practical Law, The Licensing Journal. 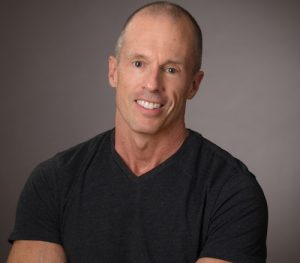 Robert Murphy has over twenty-five years of hands-on marketing experience in a wide range of industries, including healthcare, retail, and political campaigns.

In healthcare specifically, he has led product development teams focused on patient-centric platforms for personal health management and chronic condition management, plus monitoring and intervention tools for provider teams.

He has contributed marketing, communications, and branding guidance to the Foundation since its start. Robert lives in Southern California and has a BBA in Marketing from the University of Massachusetts in Amherst. 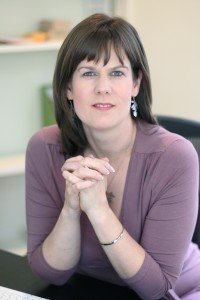 Deborah Obalil has twenty years of experience as a leader in the national arts and culture industry, having led multiple highly acclaimed organizations and served as a well-regarded management consultant to the field. She currently serves as the President & Executive Director of the Association of Independent Colleges of Art & Design (AICAD), leading the organization in achieving its mission of strengthening and connecting its member schools, thus advancing art and design education.

Prior to her appointment with AICAD, Deborah operated a successful boutique arts management consulting firm, Obalil & Associates. The firm provided consultation and facilitation in strategic planning, marketing research and planning, and board development for non-profit arts organizations, independent artists of all disciplines, and creative for-profit ventures.

Deborah’s career has included leadership roles with the Alliance of Artists Communities, Arts & Business Council of Chicago, and the Dance Center of Columbia College Chicago. She has served on numerous non-profit boards of directors including Res Artis, the international network of artist residency centres; New Urban Arts, one of the country’s premier youth arts organizations, and Rhode Island Citizens for the Arts, a statewide advocacy organization, among others. In addition to the Foundation, Deborah currently serves on the board of Clinica Esperanza, a free clinic in Providence, RI that provides linguistically appropriate, culturally sensitive care to those in need.

Deborah received a Bachelor of Arts from Illinois Wesleyan University in History and Dance, and a certificate from the Executive Program for Nonprofit Leaders – Arts at the Stanford University Graduate School of Business. 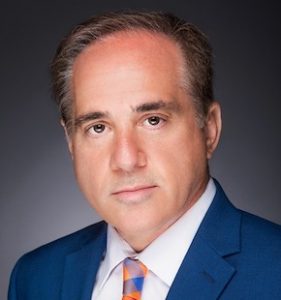 Dr. Shulkin has held numerous physician leadership roles including Chief Medical Officer of the University of Pennsylvania Health System, Temple University Hospital, and the Medical College of Pennsylvania Hospital. He has also held academic positions including Chairman of Medicine and Vice Dean at Drexel University School of Medicine. As an entrepreneur, Dr. Shulkin founded and served as Chairman and CEO of DoctorQuality, one of the first consumer-oriented sources of information on quality and safety in healthcare.

A board-certified internist, Dr. Shulkin is also a fellow of the American College of Physicians. He received his medical degree from the Medical College of Pennsylvania, and he completed his internship at Yale University School of Medicine and a residency and fellowship in General Medicine at the University of Pittsburgh Presbyterian Medical Center. He also received advanced training in outcomes research and economics as a Robert Wood Johnson Foundation Clinical Scholar at the University of Pennsylvania. 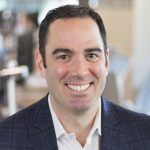 Michael Sturmer is the Senior Vice President of Livongo Health Services and is responsible for creating relationships, expanding services and business strategies with the country’s largest health services companies, health plans, and risk-based organizations at Livongo. Prior to joining Livongo, Michael spent over 15 years with Cigna, a Global Health Services Company. While at Cigna he held a variety of leadership positions across the company including roles in Consumer Health Engagement, Analytics, Technology, and National Accounts. Most recently, he was the Chief Operating Officer for the New York/New Jersey Health Plan, where he focused on delivering the transformation from volume to value-based care across key stakeholders, including employers, health plans, and healthcare systems and providers.

Throughout John Zweig’s long and varied career there has been one constant and unifying theme – a spirit of exploration, creative expression and a quest to transform individuals and organizations against the backdrop of a dissonant culture. John has been a professional musician, a combat veteran, a race relations educator, management consultant, writer, P&G brand manager, and Group CEO in the largest marketing services company in the world.

For most of John’s career, he has been chairman of a group of companies owned in whole or in part by WPP. As the first chief executive of Branding, Identity and Specialist Communications, John led firms in identity, branding, and design, consumer promotion, direct marketing, retail, digital/interactive media, strategic marketing consulting, ethnic/demographic marketing, and healthcare marketing. John’s group comprised 60-some companies, half of which he acquired on behalf of WPP during his tenure.

He served in the United States Navy during the Vietnam War on a destroyer and patrol gunboat; and in other Asian countries as one of the first race relations educational specialists, conducting seminars in understanding personal worth and racial dignity. He attended both Washington University and the University of the State of New York where he earned a bachelor’s degree.

Prior to entering business, John was a professional jazz guitarist and studio musician, having performed with many internationally acclaimed artists, and on national television and radio commercials. He continues to perform in New York area jazz clubs.

John’s board service has included the International Longevity Center, an affiliate of Mount Sinai School of Medicine in New York, where he was a regular keynote speaker at New York Times Foundation seminars and symposia. He also served as a trustee for The National Council of the Lewis & Clark Bicentennial, among other non-profits. He is currently a director of The Cape Eleuthera Foundation, providing life-changing educational programs and scientific research in sustainable technologies.