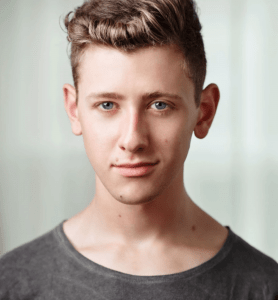 “College is the best four years of your life.” First-year students at undergraduate colleges and universities around the country hear this phrase perhaps more than any other, from parents, siblings, teachers. I certainly heard it. And, indeed, life at college can be incredibly rewarding and transformational. In many ways, it was for me. Many people form their most lasting friendships, develop passions that they will carry for the rest of their lives, and begin to discover who they are as individuals, all while at college. I suspect many of these things will be true for me.

But for students in the midst of it, I remember all too well, college doesn’t always feel fun. It can feel incredibly lonely. Students struggle to figure out who they are, where they fit, and indeed if they fit at all. Hearing over and over that the years at college are supposed to be the best, then, is disheartening, and makes students feel like they are failing in some major way. That’s certainly how I felt.

I offer the story of my experience not because I think it is exceptional, but because it seems to me quite commonplace.

Even now, with the perspective of about a year, it is very easy to romanticize my time at college as easy, fun, and free of loneliness and pain. But I remember, especially, as a freshman feeling a kind of loneliness I had not felt before. I walked around experiencing a feeling I did not recognize: it was sadness, it was apathy, but more than those, at the root of it all, was the intense desire to belong, to be a part of the life of the college and not knowing how.

After a first few months spending time with people who liked a version of me that wasn’t really me, that I didn’t really like, but was who I thought I had to be to fit in, I summoned my courage to audition for a play. I had always enjoyed acting and spent much of my childhood at theatre camps and in school plays. My closest friendships came out of the theater, and, I realize now, it always made me feel better. The acting was, perhaps, cheap therapy: everything I was dealing with as an angst-filled teenager I could put into rehearsal and performances. I could express myself creatively, and feel better.

But I do remember, vividly, the moment, the first in college, when I felt like myself again.

It was a rehearsal late one evening, a few weeks into the process, and I was waiting to enter the scene alongside a girl in the cast, also a first year, also guarded, also nervous, also lonely, which of course didn’t occur to me then. We had smiled politely at the earlier rehearsals, but I don’t think I had learned her name. But standing to the side of a rehearsal studio, a switch turned or began to: I had the inkling of feeling that I belonged here, that I was at home here. And suddenly I was making a joke to the girl next to me, and suddenly she was laughing. Just as suddenly I was flooded this feeling of relief like I suddenly remembered that I knew how to connect to other people, that I was a human being who had something to offer other human beings. That was humor and laughter. And I found myself doing some shtick for the whole room, and the whole room was laughing. I was laughing, not just because I found myself funny, but also because I had found people who cared about me, people who cared if I showed up the next day. I went to rehearsal, dragged myself there, and became less lonely. And not just in some vague way in that I felt a sense of belonging; that girl, the one who laughed first, became my best friend.

College was still lonely, sometimes, but through the theater, I found a way to express myself in my worst moments, and a network of friends and peers with whom I felt I could be myself, and be whole. There were days, as we all have when I didn’t want to participate in that world because I felt disconnected from it. But then I would go to rehearsal, and always, always, even if it went terribly, I would feel better, invigorated, and alive afterward. It wasn’t that theater saved me from ever feeling lonely or ever doubting myself, but it did that sometimes, and that’s no small thing.

Part of fighting loneliness as a college student was just about finding my place with a group of people who were like me.

But part of it, too, was expressing myself through the arts. And, again, I don’t think that experience is unusual. I think most college students eventually find a group with whom they click. Many, too, engage in creative activity, often for the first time in many years, and find it incredibly rewarding and therapeutic, helping them to feel more connected and engaged.

I saw peers, with majors in economics and political science, take a visual art class, or an acting class, or a dance class for the first time, and I saw them come alive in ways I hadn’t seen before. It wasn’t always transformational, and usually, they didn’t go on to pursue that creative field more seriously, but they saw the world with a slightly different perspective and connected with those around them just slightly differently. Making art was freeing, I think because it let them see the world with curiosity, not evaluative judgment, especially of themselves. That’s what the theater did for me.

Send it to us in the space below!

Creatively Connected is brought to you by The Foundation for Art & Healing, a 501(C)(3) non-profit organization. Your tax-deductible contribution will go towards helping us produce programs like this one.