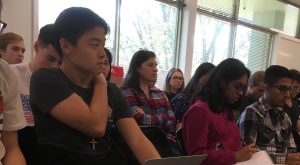 As the conversation around loneliness gathers steam, particularly vulnerable populations have begun to be identified. College students, who are often thrown into new social environments while simultaneously juggling demanding workloads, also battle the expectation of success. College is supposed to be fun and full of meaningful friendships. And when it’s not, students can feel as though they’ve failed in some way.

“After having taught at Princeton for a few years and from my interaction in class, I have noticed feelings of loneliness among them,” said Pontis. “Most of them don’t articulate the feelings with this word but they feel under pressure, alone, and that they don’t have anyone to talk within this competitive environment. This made me choose the topic to work with.”

Over the course of a semester, the 29 students were divided into nine teams working to mitigate loneliness on campus. From the outset, Dr. Pontis stressed that there was no “right way” to go about fighting loneliness and social isolation.

Dr. Jeremy Nobel, FAH founder (and Princeton University alum) sat on a panel of five experts evaluating the students’ designs on potential impact, the practicality of implementation, creativity and riskiness, and overall appeal for the intended audience. The implementation cost of the proposed design solutions was also taken into account, in terms of cost versus benefit.

“There were some great questions from students trying to understand loneliness, and how it’s different from being alone,” said Dr. Nobel. “We discussed the importance of making connection fun, and not like just another homework assignment.” 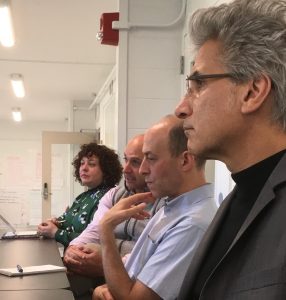 So what did the students come up with? One team redesigned the Student Center to feature a more circular layout, encouraging more face-to-face interaction and casual encounters. Another group shifted the layout of residential halls, including more communal space in which residents could share experiences. Other students proposed mobile apps that supported incoming freshmen, alerting them to campus events and providing an opportunity to find party “buddies.” Each group took on the challenge differently, imbuing their designs with their own experiences. And throughout the class, the students, too, were able to connect, share, and receive.

If you have a story or tip to share for how you use creative expression to be UnLonely or have an inspirational observation of how you have seen others tackle loneliness by connecting with others through their creativity, we’d love to hear!
Share Your Story