A Symposium on Innovative Solutions:

Addressing Loneliness Throughout Our Communities

United by a commitment to tackling loneliness and social isolation, a diverse audience of professionals attended the Second Annual UnLonely Project Symposium on May 9, 2018 (as part of a joint event with the UnLonely Interactive Filmfest launch celebration). Produced by the Foundation for Art & Healing, the half-day proceedings featured robust expert panel discussions on loneliness as well as artistic interludes that highlighted the powerful unifying force of the arts.

The Symposium was structured to both explore the prevalence of loneliness and its effects on people’s physical, psychological and emotional health, and to provide an overview of promising programs that directly and indirectly target loneliness and can be adapted to a range of vulnerable populations. The event pulled free-ranging ideas from across a broad array of fields, but with a format that did not limit discussions to unique vulnerable populations. Instead, three vibrant panels shared information applicable to all vulnerable populations, among them the elderly, college students, veterans, and caregivers. The panels included experts from the fields of higher education, the arts, healthcare, interspersed with employers and non-profit groups leaders in a format that unleashed a dynamic cross-pollination of ideas.

The first panel reviewed current successful programs to combat loneliness, followed by a panel that took a more pragmatic dive into real-world obstacles to implementing initiatives. The final discussion set a course for how to best move forward with innovative game-changing approaches to loneliness and social isolation.

But this also was a gathering where the transformative power of the arts was a constant theme. Interspersed among the discussions were interludes of music, poetry, dance and film, a reminder of how the arts can address feelings of loneliness. Audience engagement was strong. Clinicians, social workers, artists, filmmakers, journalists, researchers, and academics were among the attendees.

The Second Annual UnLonely Symposium embraced the view that current research already has proved the validity of loneliness and social isolation as a public health issue. A growing body of evidence catalogs the harm caused, affecting one-third of all American adults and having a profound influence on well-being and quality of life.  It is now time to move forward on solutions.

“We now have literally hundreds of studies with millions of participants that document how lacking social connections is a significant risk factor for premature mortality,” said Julianne Holt-Lunstad. a prominent researcher on loneliness and a psychology professor at Brigham Young University.

But while these studies influence scores of initiatives created to combat loneliness, it is increasingly clear that such programs are tricky to implement.

“The evidence is now clear. But the challenge we face is what to do about it,” said Holt-Lunstad, speaking at the conference.  “After spending years reviewing the evidence related to interventions, I can tell you that the evidence is mixed. Some have been effective, and some have not. Ultimately, we need to recognize that not all efforts may be helpful.”

With that caveat in mind, a diverse group of professionals has taken on the critical task of sorting out the good from the bad. Evaluation of anti-loneliness programs falls to public health experts, policymakers, clinicians, employers, non-profits and other groups. They have collectively assessed loneliness initiatives targeted at the populations most at-risk, such as college students, veterans, the elderly, employees, and caregivers.

Loneliness presents a unique challenge to professionals who hope to refer people to anti-loneliness initiatives. Initially, they must overcome the widespread stigma around loneliness so that individuals feel comfortable with even asking for help. As well, many people don’t self-identify as being lonely. But analytic science is creeping its way into loneliness intervention as a tool to help identify the lonely among us.

Large employers are taking a leading role in creating programs that assess who is at risk. Just as blood work identifies diabetics who would benefit from a disease management program, new initiatives are helping employers gain insight into workers’ social and emotional health. Prudential Financial, for example, offers a health risk assessment to all employees; 80% fill out the questionnaire. Six years ago, Prudential added a question about whether employees felt supported at the workplace. A few months ago, the company embedded three questions about loneliness into the assessment.

“We saw the connection to well-being,” said Keith Winick, the company’s director of health and wellness.

Prudential’s efforts illustrate how a business case is emerging for new interventions that combat loneliness and social disconnection in a workplace setting. Data on 1,200 Prudential employees is still being evaluated, but already a strong connection between stress and depression is apparent, according to Winick. He’s been sharing that key finding with other employee benefits professionals.

“When I present this data, the response I get is ‘wow, we’ve got to take a look at this,’ ’’ said Winick, a panelist at the symposium.

Analytics also are driving efforts to combat loneliness on college campuses. With a community of thousands of students and staff, colleges can act as labs to test out new templates to tackle loneliness as a public health issue. Efforts include urging peer support through shared interests, as well as cultivating compassion—tools that enhance a student’s sense of belonging and connection.

“On campus, we’re using the “L” word more to try to reduce the stigma of loneliness,” said Joseph Behen, executive director of counseling, health, and disability services at the School of the Art Institute of Chicago (SAIC). “We’re only starting to collect data on loneliness, but it’s definitely getting worse.”

Just how can a college teach compassion? Given it is an art school, SAIC held a juried show with some 40 submissions of works about compassion, a nod to the power of the arts to bring people together.

Research indicates a strong association between suicide ideation and loneliness. The stress of college and graduate school can weigh heavily on students who lack a social network to help them battle negative thoughts. Sadly, days before the UnLonely Symposium was held in May, two New York University medical graduate students—a fourth-year radiology student and a psychiatry resident—committed suicide.


Dr.  Ruth Oratz, a professor of clinical medicine at NYU School of Medicine, said that the young third-year doctors she trains feel “a great deal of emotional stress when a patient doesn’t do well. That can lead to a sense of failure, loneliness, and isolation.” Loneliness has a direct impact on clinical outcomes and the quality of life, she added. Medical students are especially vulnerable, with research suggesting 27% of them have signs of depression.

“They have the stress of their medical training as well as all the pressures that young people feel,” added Dr. Oratz. “It’s very important for us to help them find balance.”

Veterans are another vulnerable population. Veterans connect on social media to check in on former colleagues who may be depressed or isolated. Many take part in art therapy programs that are offered to vets in most states. Former Marine Derek Coy, the Veterans Health Officer at the New York State Health Foundation, notes that 20 veterans die by suicide each day.

“The only thing that worked for me when I was lonely was talking to another vet. Bad things happen. The more we can talk about it, the better we can cope,” he said.

Related: This video on how creative expression helped a warrior

Millions of caregivers also are prone to loneliness. A recent Georgia project took aim at social isolation by using the arts to bring caregivers together at a painting party to talk about their stressful roles.

“I picked a restaurant surrounded by water to leave the stress of caregiving behind,” said Alice Bennett, who organized the arts event as part of her work as associate state director of community outreach for AARP Georgia. The program, created with assistance from the UnLonely Project, received rave reviews from some 50 caregivers who created artwork to take home.

Related: This recap of the UnLonely Project during Caregivers Month in Augusta, Georgia

Such collective efforts to address loneliness are critical. But experts stress that these initiatives must be guided by evidence-based science “so that we can spend our dollars wisely and well,” said Dr. Jeremy Nobel, a faculty member of the Center for Primary Care at Harvard Medical School and founder of the UnLonely Project, which sponsored the symposium in response to growing public health concerns over social isolation and loneliness.

“We’re not naive about the challenges. We’re not going to solve loneliness today,” added Dr. Nobel. “But with our calls to action, we can put pressure on the pace of change.”

As the UnLonely Symposium drew to a close, Dr. Nobel summarized potential steps forward for innovative programs that may be effective for all vulnerable populations across the loneliness spectrum. As critical as that information is, what made the event so unique was how its brief artistic interludes—a clarinet piece, a dance, a film clip, a poem—underscored the important role of the arts hold in such initiatives.

1:30 | Opening Dedications and Overview of the Day

Presenters will provide an overview of the loneliness landscape; a review and orientation to current research; and a public health and medical framework.

2:00 | Signals of Optimism: Lights on the Leading Edge

A review and discussion of promising programs currently in the field.

A deep dive into real-world considerations and constraints; a pragmatic exploration of strategies and tactics to create a sense of urgency and opportunity.

3:45 | Breaking Through: Innovations and Game Changers

New approaches needed! Leveraging the forcing functions and innovations that can be catalysts and accelerators for making and sustaining breakthrough progress.

A summary of the day’s discussion and a review of potential steps forward to promote and achieve coordinated effective action across the loneliness spectrum.

Be the First to Hear About Future Events! 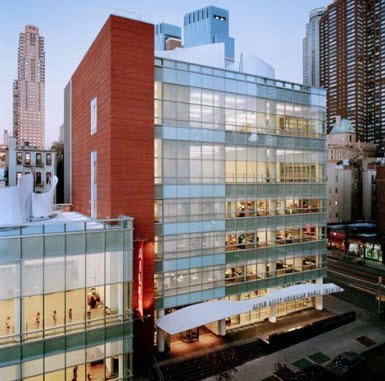 Get free films, creative activities, invitations, and a few surprises every week in your inbox.