More About the Project

Loneliness kills and military veterans are at particular risk because of PTSD and related behavioral health issues. By conservative estimates 43,000 Americans committed suicide last year, among those roughly 8,000 were veterans. It’s urgent that we find a better approach to managing this epidemic.

Against this grim backdrop, a strong ray of hope. We are at a pivotal moment in health care—a melding of science and patient-centered humanism, pointing towards compelling evidence that creative arts expression can help build resilience and healing for those experiencing Post-Traumatic Stress Disorder (PTSD) and Traumatic Brain Injury (TBI). 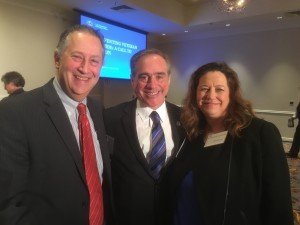 The Foundation for Art & Healing was pleased to be invited to the U.S. Department of Veterans Affairs National Summit to address suicide, held in Washington D.C. on behalf of veterans, caregivers and family. In being there, FAH continued its multi-year participation in Military Arts activities, partnering with Americans for the Arts (AFTA) and other organizations in the National Initiative for Arts & Health in the Military. That initiative, now led by Marete Wester, Senior Director of Arts Policy at AFTA, offers particular promise because of its multi-stakeholder participation and its close partnering with the VA.

The February 2016 event, “Preventing Veteran Suicide – A Call to Action” was led by US Secretary of Health Robert McDonald and Under Secretary of Health Dr. David J. Shulkin, and moderated by cofounder of the Bob Woodruff Foundation, Lee Woodruff. The convening was a powerful way to bring experts on suicide, community health leaders, veterans and their families, together to address the stigma surrounding mental health issues and prevent suicide among vets.

Lee spoke of her own struggles as caregiver to her husband Bob, a journalist, who suffered a traumatic brain injury after being hit by a roadside bomb while covering the war in Iraq in 2006.

A growing effort is focused on reducing the stigma surrounding suicide, with focused attention on getting effective help promptly to those in need, along with their families and caregivers.

43,000 Americans committed suicide last year, among those roughly 8,000 were veterans

“Since avoidance and distrust is often part of the PTSD syndrome, One critical challenge the VA faces is getting veterans—especially those who may need assistance most—to actively engage and pursue the care that’s best for them within the VA” said Jeremy Nobel, MD, MPH and Founder and President of the Foundation for Art & Healing. “We are now actively exploring ways to partner with the VA, and use on-line and mobile creative arts strategies to harness the power of self-expression to promote veteran engagement and trust, bringing them closer to the care they need and deserve” continued Nobel.

As part of its UnLoneliness Project, FAH looks forward to being a part of the growing community of public and private entities working together to create new approaches for helping active duty service members, veterans and families thrive.  We are particularly excited to soon offer creative arts-based tools to help individuals express their feelings and “tell their stories” as a means to better connect with themselves and others, reducing the burden of PTSD and the risk of suicide.  Stay tuned for more on this journey in 2016.